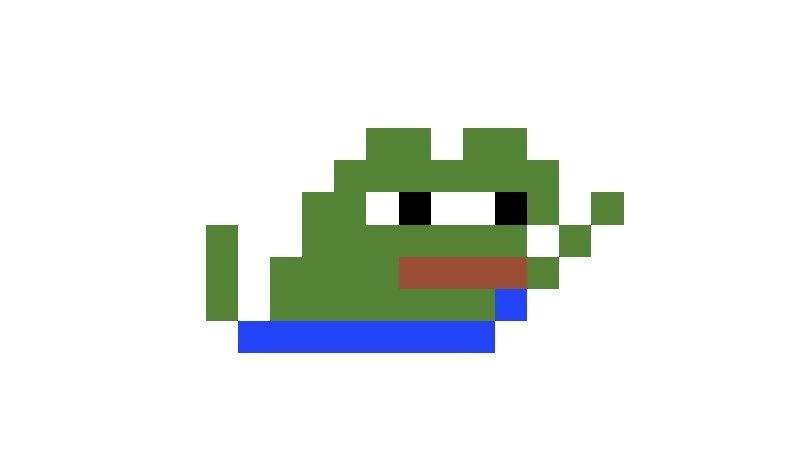 PepeD is a Twtich emote used for the purpose of reacting to music. It can also be used to express enjoyment of a specific thing happening on the stream, mostly songs that Twitch chat likes.

The Pepe the Frog emotes on Twitch have become somewhat of an unstoppable thing. With more and more emotes being created every other day, this character has become a legend in the Twitch library of emotes.

There is just something about Pepe the Frog that is so entrancing to the entire Twitch community. This isn’t a very hard thing to notice. Pepe has become a meme icon culturally on the internet. PepeD is just another out of the plethora of emotes featuring the iconic Pepe the Frog, This time around in an animated form, similar to PepeJAM.

PepeJAM is an animated emote, it features an 8Bit version of Pepe the Frog while dancing.

So what does this emote mean? What situation is it viable to use this emote in? How did it come to be such a popular emotes on Twitch? Read more to learn!

What does the PepeD emote mean on Twitch?

PepeD is a pixelated animated emote of Pepe the Frog as he raises and lowers his arms and moves his head left and right. PepeD actually stands for PepeDANCE, which can obviously explain the proper usage of this popular emote.

This emote is mainly used for the purpose of reacting to music. While it can also be used to express enjoyment of a specific thing happening in the stream, it is mainly reserved for moments that have music included.

Often times you will see chat using the PepeD emote during Grand Theft Auto 5 streams, where a song that is enjoyable will be playing in the car that the streamer is driving. This can also be seen during IRL (In Real Life) streams of certain Twitch personalities, where they roam the streets of different cities and music is prevalent throughout.

The PepeD emote is also used in situations where a streamer is celebrating something, such as Shroud getting his new 360 hertz monitor where the chat just spammed PepeD to celebrate his upgrade.

What is the origin of the PepeD Twitch emote?

The origins of Pepe the Frog dates back to 2005. Pepe the Frog made his first appearance in the comic book illustrations known as “Boys Club” written and illustrated by Matt Furie. Afterwards it became a popular meme on 4Chan, a social hub website on the internet. From there on the Twitch community found it, and then began to work on creating a ton of different emotes about the character.

PepeD’s entry to Twitch streams was quite simple; it was created by a user known as “garych”. Who submitted the animated emote to one of the most popular Twitch emote extensions, Better Twitch TV, commonly known as BTTV. PepeD as an emote took off really fast, making its way into the streams of popular streamers such as xQc, AdmiralBulldog, MOONMOON, Pokelawls and TimTheTatMan.

Now you know what the PepeD emote means and how it came to be so popular on Twitch. Make sure to check out more content from us as we keep you up to date on all kinds of Twitch lingo!