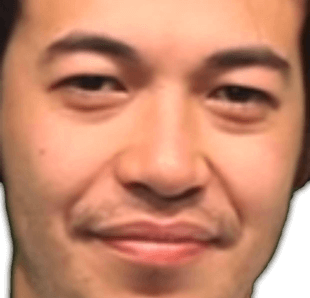 WeirdChamp is an emote used to show an emotion of awkwardness and cringe.

It is one of the most popular Twitch emotes, one of the few that defines the platform in itself.

The WeirdChamp emote is just another famous Twitch emote known as PogChamp, the similarities being that the source for both emotes is the very same. They are both derived from the same personality; Ryan Gutierrez, also known as Gootecks who is a very popular Twitch figure and streamer.

Since the WeirdChamp emote is so huge when it comes to popularity, and is used so often on almost every streamer’s chat, everyone is obviously bound to be curious about the meaning. So without any further ado let’s get right into what WeirdChamp means, where it originates from and what are some of the key facts and trivia around it!

What does the WeirdChamp emote mean on Twitch?

WeirdChamp like PogChamp features a picture of Ryan “Gootecks” Gutierrez. Ryan is one of the oldest streamers on Twitch, the image in the WeirdChamp emote was taken from his YouTube series called Counter Cross TV. The key difference between these emotes is that while PogChamp shows a reaction of happiness or joyful surprise WeirdChamp is his face showing an emotion of awkwardness and cringe.

WeirdChamp is used to express a sense of disappointment or weirdness by the audiences on Twitch on any particular streamers’ content. The emote is used when they do a play or something in that line that does not work out. Most people use it quite often and the emote is quite huge when it comes to Twitch popularity over all.

For example; if the streamer that you are currently watching does something unorthodox or awkward you can use this emote to show them how you feel about it!

What is the origin of the WeirdChamp Twitch emote?

In the July of 2018, a Redditor submitted the image of Gootecks’ face on the popular R/Forsen subreddit which belongs to the fans of popular streamer Forsen. WeirdChamp was approved and after a short while of posting the image blew up, gaining almost a 99% up vote ratio and 480 points. From there on the image was sent to and shortly thereafter uploaded to FrankerFaceZ (A popular extension for Twitch emote compatibility) in 2018. It was an instant hit on the FrankerFaceZ extension and was adapted quickly within the Twitch community.

To this day, WeirdChamp remains one of the most popular emotes in all of Twitch history. It is used every single day when it comes to Twitch streams and there is a lot of controversy segmented around the emote as well. Many users complained that the WeirdChamp emote overpowers the entirety of Twitch chats for any chat that it is a part of. Some say that in its prime it was so overpowering that entirety of chats would become completely invisible under walls and walls of WeirdChamp emotes being slammed into them.