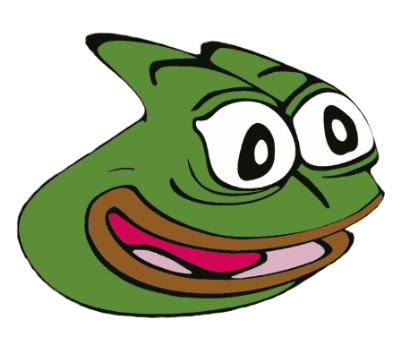 Pepega is a slang word for someone who is incredibly stupid to the point of being mentally challenged. it’s an insult.

After reading a controversial article online, many people have the same guilty pleasure. That would be checking out the comment section to see other readers get into a debate about the subject. A very small percentage of these debates are civil, after all it wouldn’t be entertaining if they were.

The amusing reads come from the comments left by the keyboard warriors. Those are the people who get an extra boost of confidence from knowing that they will likely never come across the person they are arguing with in real life. More often than not they can get downright mean and nasty when they read something they don’t like.

Regular insults just won’t do for the keyboard warriors and trolls anymore. We do have to give them credit since they have been crafty with their insults over the years.

Some of the terms they use may seem completely foreign to the average reader. One term that you may have come across is “pepega”.

What does the Pepega emote mean on Twitch?

If someone ever calls you a pepega they mean it as an insult. The term “pepega” is a slang word for someone who is incredibly stupid to the point of being mentally challenged. Many people use pepega in place of the word retard because it’s slightly more politically correct.

Pepega is often paired with a frog BTTV emote that is loosely based on Pepe The Frog. Often when someone calls another person a pepega online they will also spam the comment sections with this emote. You’re more likely to see this insult used on the platform Twitch, as the word is most commonly used among gamers compared to any other community online.

However, the gamers do throw the word pepega around very loosely. Sometimes they will use it on someone who is doing something very odd on the platform. This doesn’t mean they think the person they called a pepega is dumb. It usually means that the other player is doing something they think is bizarre.

What is the origin of the Pepega Twitch emote?

Pepega has been a part of the online gaming community since 2018. It all began on Discord by a user named Adew, who gets full credit for the creation of the name. There was another gamer called Forsen who he was threatened by, so he made sure to spam Forsen’s chat with the emote.

Being a true pepega himself, Adew figured spamming Forsen was the most creative way to embarrass him. His followers joined in on the gag and eventually made a meme out of the emote with the words “For San” on it. You can still find this emote circulated on Twitch today.

Credit for the image of the Pepega Frog can be given to Matt Furie, writer of Boy’s Club. He took the image of Pepe The Frog and distorted it a bit. This frog is meant to be used ironically when someone does or says something that isn’t very bright. After using the frog emote, many people follow it up with a megaphone and horn.

Since then, the use of the pepega frog has been turned into a number of different memes and emotes. Some feature the frog clapping, while others have him using the megaphone. Some have even gone all out and made pepega penguins. All of this leaves us wondering how much time Twitch users have on their hands.

Twitch chats are well known for being very toxic. They are the only place where you are likely to come across the term pepega.  In case you didn’t know what Twitch is, it’s an online streaming service where people can watch gamers play their favorite games.

If you’re thinking “okay, that sounds as fun as watching paint dry” you might be surprised to know that it is actually one of the most popular streaming platforms. It has over 15 millions users active every day. The average user stays on for at least an hour and a half each session.

The more popular a streamer is on Twitch, the better chance they stand at making money. This is why many of them have the mentality that they need to humiliate other streamers and snatch their viewers. Unfortunately many of them use derogatory terms, such as pepega, to do so.

So now you know what a pepega is, even though it’s not very nice you may find yourself in a situation where you have the urge to shout it. If you are going to call someone a pepega you need to pronounce it properly, or else you’re the one who is the pepega!

To avoid being the real pepega, make sure you pronounce it one of these two ways:

It’s not a difficult word to pronounce, but that doesn’t mean it should be thrown around lightly. Remember, this word can be very hurtful to people who have mental disabilities. That’s not something that should ever be made fun of.

Who Is Pepe The Frog?

Pepe the Frog was mentioned above when we talked about the pepega frog emote. Matt Furie, who distorted the image specifically for the emote, is also the creator of Pepe The Frog. He is a character from a comic book Matt wrote called Boy’s Club.

Boy’s Club follows a group of slacker roommates and their drug fueled journey. It has a mix of psychedelic humor and childlike enchantments. Pepe The Frog is one of the four roommates in this comic.