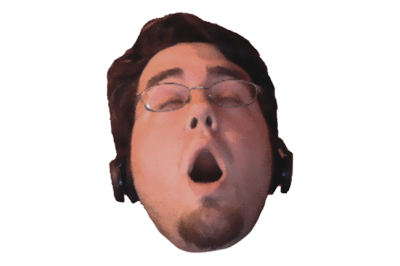 Kreygasm is one of the most popular Twitch emotes in the past few years.

Twitch chat has become more and more active in streams and Kreygasm has been one of the key emotes that is being used in most of these. Shroud for example; whenever he hits a really nasty shot, his entire chat just spams the Kreygasm emote and this is the proper way of using it too!

Kreygasm is one of the oldest Twitch emotes, originating way back in the mid of 2013. Kreygasm blew up back when it was originally released, yet somehow was shrouded in mystery until it was fully released. Kreyg is the face of Kreygasm, he is also a renowned streamer on Twitch and had a huge following at the time of Kreygasm’s release. His entire fan base was extremely thrilled to get this emote on their Twitch chats so they could spam it if they ever see something sensational on a stream.

So without any further ado; here’s the meaning, origins and facts of the twitch emote Kreygasm.

What does the Kreygasm emote mean on Twitch?

Kreygasm is a Twitch emote that is used to show an expression of intense feelings of elation or pleasure, the emote is used in high intensity scenarios such as Ninja’s taking down of two whole squads by himself in Fortnite’s Arena, or XQC’s big brain plays in an Among Us ranked lobby.

The “gasm” in the word is derived from the word orgasm, whereas the “Krey” is just the Twitch handle of Kreyg. The word Kreygasm was coined originally by Kreyg’s Twitch chat, the term Kreygasm was floating around in his Twitch streams and a bunch of different sub-reddits way before the emote was even a thing, with the release of the emote and it resembling the word kreygasm in its functionality, they decided to mash those things together.

What is the origin of the Kreygasm Twitch emote?

The emote is the actual face of Kreyg, a very popular Twitch streamer. In a Twitter thread, Kreyg talked to a Twitch employee by the name of Hassan Bokhari, this conversation took place in 2014 and Kreyg told Hassan Bokhari that he had submitted the original Kreygasm picture to Twitch a couple years prior to this thread.

According to Kreyg himself, a Justin.TV admin had approached Kreyg back in the March of 2011, they discussed the possibilities of having his likeness transformed into a global chat based emote. In August of 2011, the term “Kreygasm” started floating around in Kreyg’s Twitch streams which, during this time, Kreyg had taken a photo of himself and submitted it to Twitch to turn it into an emoticon. On the 3rd of September in 2011, just one month after submission, Kreygasm was uploaded on a thread of many other Twitch emotes, Kreygasm was uploaded and Kreyg’s chat was immediately spammed with it by his loyal fan base.